Cyber Specials: The story so far 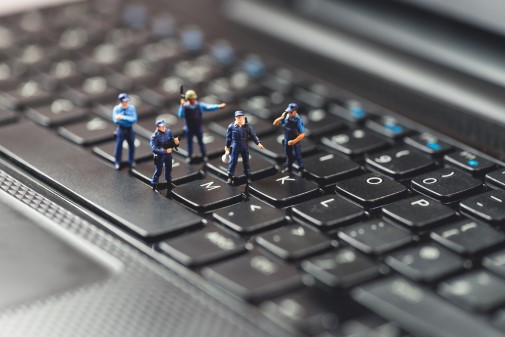 Cyber crime has exploded over the last few years; to such an extent it is considered a top threat to national security.

So what is cyber crime? Cyber crime or 'computer crime' ‘is defined as a crime in which a computer is the object of the crime (hacking, phishing, spamming, viruses) or is used as a tool to commit an offense (child pornography, hate crimes)'.  techopedia.com

The variety of crimes a cyber criminal can commit is vast, spanning from online bank theft, identity theft, predatory crimes, exploitive crimes and cyber-terrorism. And as the world shares more of their lives online we become more vulnerable to cyber attacks. Criminals are presented with infinite ways to exploit us online and that threat is increasing in scale and complexity. No one is immune to cyber attack.

However we are fighting back. We have highly skilled people in this country working to make the UK watertight against cyber attacks and with a boost in resources and investment it is thought that the majority of cyber crime could be prevented. And one crucial resource is the evolvement of the role of Cyber Specials; specialist police volunteers who aid the police in tackling cyber and digital crime.

So let’s understand more about this exciting addition to the Police Volunteer family.

These incredible and rapidly expanding statistics show that being connected online is not a fad or phenomenon, it is our future. Therefore it's imperative we have protection against the risks and potential damage cyber crime poses.

The UK has a Cyber Security Strategy outlining steps and commitments that have been made or are in development in order to protect businesses and individuals from cyber attacks. The goal being to make the UK more secure and savvy to cybercriminals and increase our knowledge and skill in this area.

The first Strategy (2011 - 2016) saw the Government invest a whopping £860 million into a National Cyber Security Programme. And the second Strategy (2016 - 2021) has seen investment upped to 1.9 billion, almost doubling the previous investment, showing the importance being placed on cyber defence. This latest Strategy is based on three strategic objectives: Defend (our cyberspace), Deter (our adversaries) and Develop (our capabilities).

Since these strategies have been in place we have seen important developments such as:

The role of Cyber Specials

Cyber Specials are a solution to the need to increase both technical and staff resources in order to tackle cyber crime. By harnessing the voluntary expertise and specialist skills from civilians in relevant sectors, such as computing or accounting, the brilliance and effectiveness of investigators working in this area is boosted.

Being a Cyber Special is a varied role; they may be involved in eradicating extremist online content, safeguarding social media or working on hacking incidents.

A few years ago the NCA ran a pilot programme to attract Cyber Specials to help with their cyber investigators. The valuable work these volunteers have thus far offered meant that in 2015 it was announced that this programme would expand to allow for 80 cyber specials in the NCA and forces over the country.

And in January 2016 the need for Cyber Specials and volunteers hit the press when Theresa May highlighted, at the end of a consultation regarding the expansion of some police powers to volunteers as part of a Policing and Crime Bill, that ‘people with IT or accountancy skills were in "particular demand", and could "work alongside police officers to investigate cyber or financial crime, and help officers and staff fight crime more widely". (5)

For more about this role see:  nationalcrimeagency.gov.uk

In January 2016 Hampshire and Gloucestershire Constabularies began a pioneering pilot project where Cyber Special Constables and Cyber Volunteers started assisting Police on digital investigations for a few hours per month, showing just how much value is being placed on these roles.

With cyber crime continuously evolving and becoming more sophisticated the fight against it also needs continuous investment and a fresh thinking approach. The UK have already made significant progress in the fight against cyber crime and are looking at sophisticated and innovative ways to work in the future. Cyber security is a priority and will be so in the foreseeable future, so more experts need to be created, more awareness raised, more capabilities increased and more robust processes in place.

With cyber security skills being mainstreamed across UK police forces and 235 volunteer Cyber Specials hoping to be in place across police forces by March 2018 this is a serious and necessary time for both Police and Police Volunteers.

We are looking forward to seeing the evolvement of this role in tackling cyber crime.

The National Citizens In Policing (CiP) Strategy 2016-2019: An Overview   Finding A Volunteering Opportunity To Suit Every Lifestyle - Part I